** Although I've written many of the firsts posts in one day, they're all in chronological order and the wording is quite short. So, reading them from the first to the last makes the most sense. Thanks a lot and many dog hugs! **

When we went to this person I asked him to do every single medical test that can be done on dogs because I was feeling so desperate. Due to the lack of hair around his eyes, the skin around his eyes would stick to each other and he'd have a hard time opening his eyes after a nap. Some of the skin would bleed. It was really really bad. Due to Cesar's condition, I wasn't functioning as well in my normal (work and other things) life since I was continuously thinking about what I should do.

Anyways..
The diagnosis didn't come right away, first the vet said he didn't know what it was but that he thought it is a metabolic disease rather than a purely dermatological one, and that he'd research. A few days later he said it must be zinc responsive dermatosis.
Cesar is his first patient with this type of a disease that he has seen, so he didn't/still doesn't really have any experience or much of an idea regarding the dosage. And honestly by the time I'm writing this (a year later) he lost interest in this case and just says "keep doing what you are doing" when I ask him.

With the diagnosis we started:
- scrubbing and cleaning with a medical shampoo every week
- 100 mg. of zinc / day (he prescribed zinc oxide, I then switched to zinc picolinate after doing some research; asked him about the mg and he told me to give the same mg)
- biotin (about 3.000 mcg/day)
- some multivitamins that I sometimes give my dogs anyways, treat kind of stuff that's not high in dosage
- fish oil tablets - > I've always given all my dogs fish oil tablets, and I made sure that he gets plenty.

I also switched him from BARF to grain-free dog food at this time because for whatever reason he was always constipated when taking zinc supplements plus eating barf. Supplements plus dog food eliminated the constipation. The dog food I feed him (and my other dogs) since Nov. 2014 are one of these, I buy a different package every time:
- Orijen (a different one every time since they're all grain-free)
- Farmina N/D Grain-free
- Acana Pasifica

I don't feed any of my dogs any grain. I decided that when I first adopted dogs close to a decade ago after reading many books on dog nutrition. By the way I'm a vegan and don't personally enjoy this, but believe it is the best for them, that's just another story

Aside from the constipation, the other side effect of zinc was loss of appetite, which is to be expected from what I understood. I made sure that he got enough calories every single day, but that usually meant adding some meat or canned tuna fish to his food and putting it in front of him a few times. Sometimes I'd follow him around the house with his food bowl, which sounds crazy, I know, but it seemed to work to make sure that he didn't lose any weight.

I found out about Snowdog Guru around this time and highly recommend everyone to read her 3 part series on zinc deficiency and huskies. Here is the link: 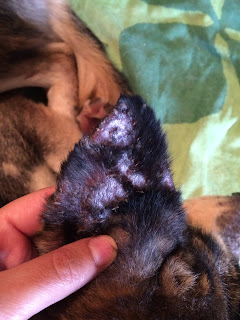 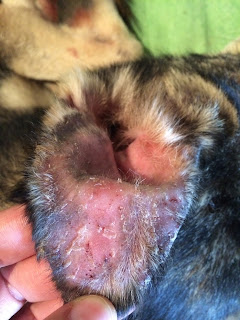 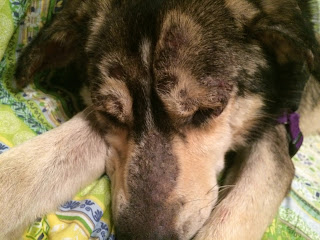 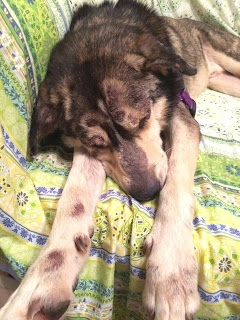 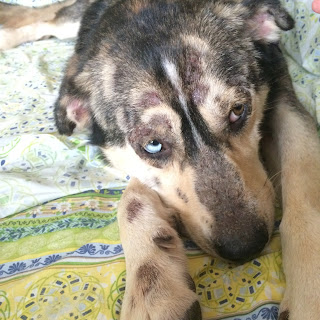 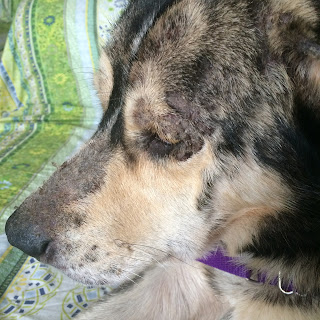 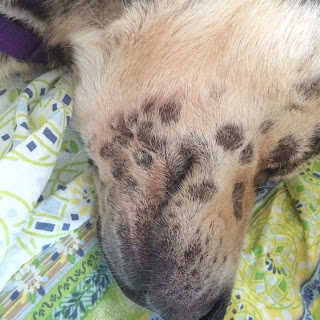 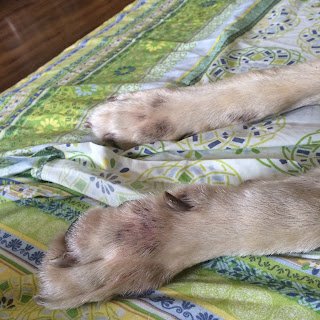